Bless Me, Ultima by Rudolfo Anaya 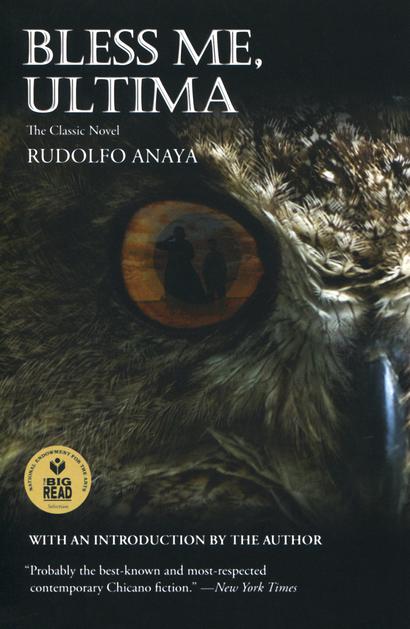 Bless Me, Ultima is Magical Realism in its purest sense. Magic, animal spirits, dreams, folk legends, gritty circumstances and wonder. But Magical Realism is a distinctly Native American and Latin American genre, I was nervous about reading this book, I thought it would be alien to me, so far outside of my own experience that I wouldn't understand it.

So, I worked hard to understand context and imagery, and it was worth it. Stopping to look up translations of phrases in Spanish was an education in itself. I also read a children's book of folk tales from New Mexico, which helped me learn more about the imagery, but also about the route of Fairy Tales from the old world witches to the new world brujas.

I was talking to a colleague about Bless Me, Ultima and had cause to say the word Chicano out loud for the first time. Before I read this book, I didn't realize that Chicano was any more than a racial slur. Because that's the only way I'd heard it used. My colleague (who considered herself Chicana when she was growing up on a farm outside Sacramento) explained to me about how that identity became synonymous with the Chavez labor movement. All this was American history I didn't know before. But I do now.

Antonio is the young son of a poor Chicano family in New Mexico during the second World War. His mother brings a local wise woman and healer (or curandera) into their household and trouble follows her. That trouble is particularly hard on Antonio who forms a strong, but wary connection with Ultima because his intelligence and empathy leave him open to her magic. The book shows us Antonio's coming of age as a part of the constant struggle between ancient and modern religions as well as the struggle between the two parts of his personality, the wild and free vaqueros like his father and the gentle domesticated Lunas like his mother.

There are some surprising parallels between The Adventures of Tom Sawyer and Bless Me, Ultima.
Superstition and tales of ghosts and witches are key elements in both stories. There's a real sense of physicality of children, as both Antonio and Tom experience things by doing them. Both Injun Joe and Jason's Injun are ominous portents. Both the protagonists witness a murder while they are young.
And the presence of the river is an important backdrop, in some instances, even a character.

But the differences between these two books are massive and perhaps more telling. For Antonio, the superstitions are true. Ultima really is pulling a curse out of his uncle Luca, the owl really is her familiar. The murder affects Antonio enormously and he's much more empathetic than Tom.

Why is it on the list? Most likely because it's the earliest example of a successful novel about the Chicano experience. This makes Bless Me, Ultima much in demand for multicultural studies and world literature classes. But it's important to remember that the book originally sold by word of mouth within Chicano communities.

Ishmael Reed wrote in his preface to Conversations with Rudolfo Anaya that:

"It was published by Tonatiuh International Inc., in Berkeley, California. It has sold 80,000 copies without a review in the major media."

If ever there was an argument for "own voices" publishing. Bless Me, Ultima is it.

There's a section in the middle of the book where Antonio and a few other boys are snowed into the school and with the help of a sympathetic teacher create a chaotic nativity play. It's a strangely comic interlude, which most likely serves to remind the reader that Antonio is still a child. The "chaotic nativity play" could well be described as a genre of English comedy. From Joyce Grenfell to Nativity! there's plenty of comic mileage in the English tradition of every public elementary school's annual production of the story of the birth of Jesus.

Bless Me, Ultima could easily have been too alien for me to comprehend, instead it both taught me something new about America and reminded me that within the vast experience of America there is some commonality with my own experiences. And that makes it a very good book indeed.

Posted by ClareD at 1:06 PM No comments:

The Adventures of Tom Sawyer by Mark Twain 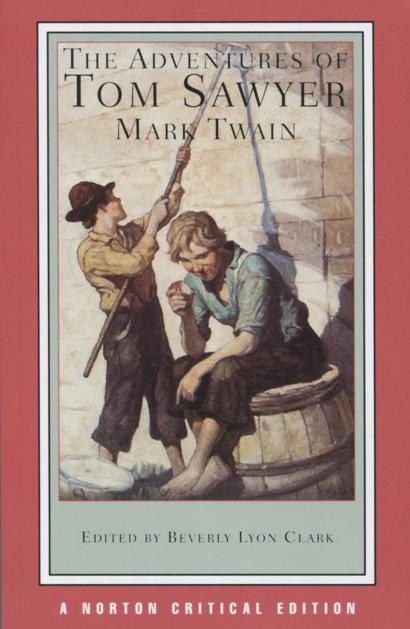 When I first came to America I thought there were probably a few books I could read that would catch me up on American Culture 101. I started with Leaves of Grass but found it pompous and self-important. Then I wandered around novels set in Five Points in the late 1800s, because sooner or later PT Barnum made an appearance and he seemed more American than Walt Whitman. Then I discovered Tall Tales, the folklore of America and I was deeply satisfied. Here was a whole genre of simple stories that proved my theory that all Americans are con-artists and tricksters who want to steal your time and take your money.

Needless to say, ten years later I've tempered that opinion somewhat. The more Americans I meet and the more states I visit I get a wider understanding of the American character and the diverse nature of the population. Now I would say that only most Americans are con-artists and tricksters who want to steal your time and take your money.

Which brings me (eventually) to The Adventures of Tom Sawyer a book about an idealized childhood that feels more like a series of Tall Tales plucked from the clean Missouri air. When Tom sells his classmates the privilege of whitewashing Aunt Polly’s fence, it reads like a morality tale, a fable or at least a story you’ve heard before.

The Adventures of Tom Sawyer is the story of a boy and his friends spending the summer getting into trouble and tricking the unwary. But there's also a darker story here. Tom witnesses a brutal murder, fears for his life, identifies a murderer at a trial, gets lost in a natural cave system with the killer for three days and finally sees him brought to natural justice by being sealed into the cave to starve to death. I read this book as a child and I didn't remember that it was a psychological thriller. I just remembered the funny bits.

And yes, it is funny. There were countless times I smiled while reading and when Twain breaks the fourth wall in order to draw a curtain over the consequences of Tom's failure to know any scripture I actually laughed out loud. Twain builds up the tension and then pops that balloon with a careless style. It's also a dashing adventure story, a sappy romance and a morality tale. Only in a Mark Twain book would a vagrant child turn down a fortune in gold because he doesn't want to wear shoes.

Why is it on the list? Other than the moral of the tale being that the wily and immoral will always prosper. There's also plenty here that venerates childhood and idealizes nature. Tom Sawyer is a soft focus version of the pick-pocket urchins of Charles Dickens. More beautifully atmospheric and less premeditated.

Another thing that stood out for me is the theme of superstition, some which Tom invents and some which he actually believes. He or his friends are scared of ghosts, witches, ha'nted houses, howling stray dogs and starting an enterprise on a Friday. There's a whole chapter about how a dead cat can cure warts if you say the right words over it. Of course, Twain's point here is not to venerate superstition, but to hold it up to ridicule, but he certainly has plenty of material to work with. I was reminded of the difference between Halloween in America, where it is a huge and excitable candy sprinkled festival of fear and Britain, where it is a gloomy night.

Mark Twain is a legend himself. A giant mustachioed epigram generator. A satirist for all time. A true American iconoclast. It's a wonder to me that this pillar of satire hasn't crumbled. After all, the book continues to be banned or challenged for it's racist language. And the presentation of Native Americans as desperate barbaric murderers is pretty uncomfortable reading. Perhaps there really is an American tendency to venerate the confidence trick. After all, there's a con-artist in the White House right now and he isn't the first.
Posted by ClareD at 5:49 PM No comments: